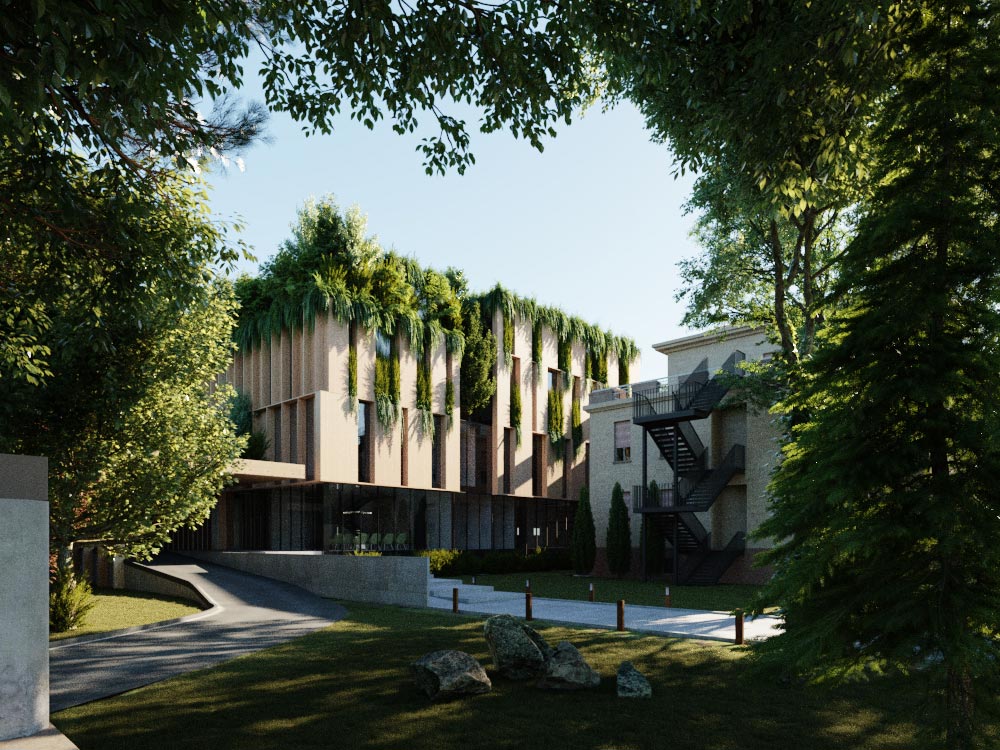 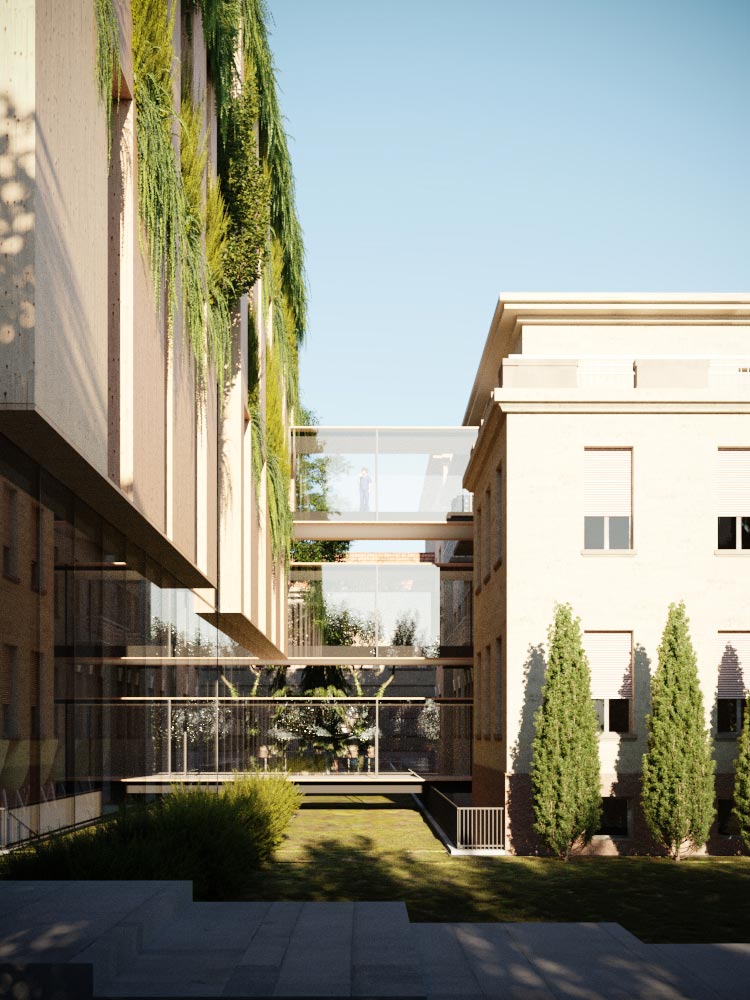 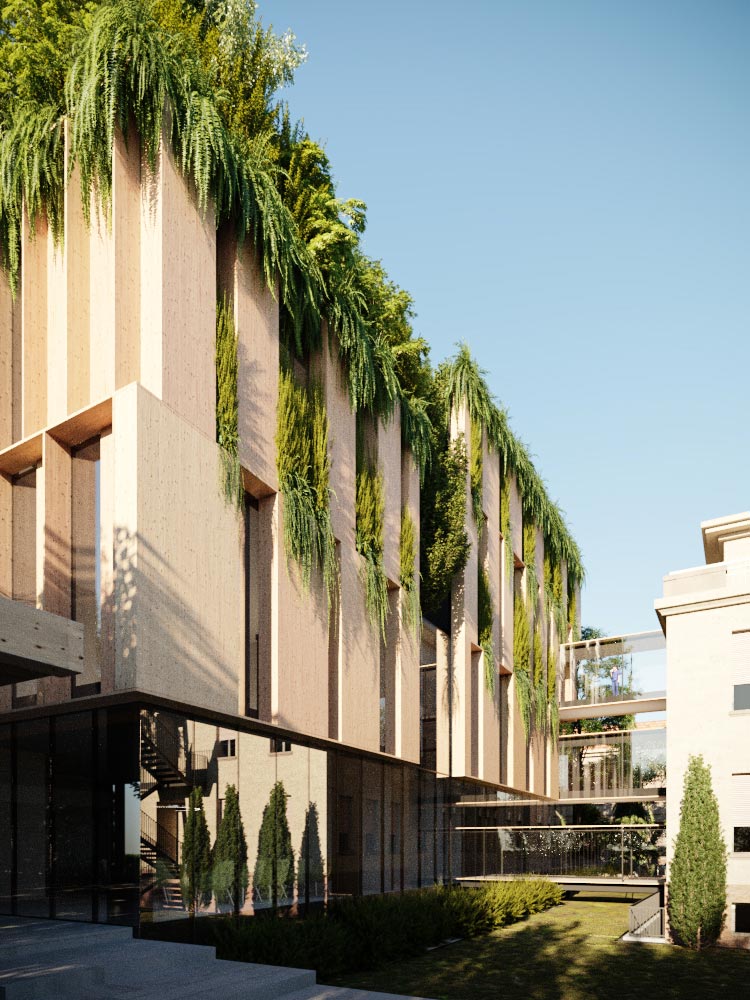 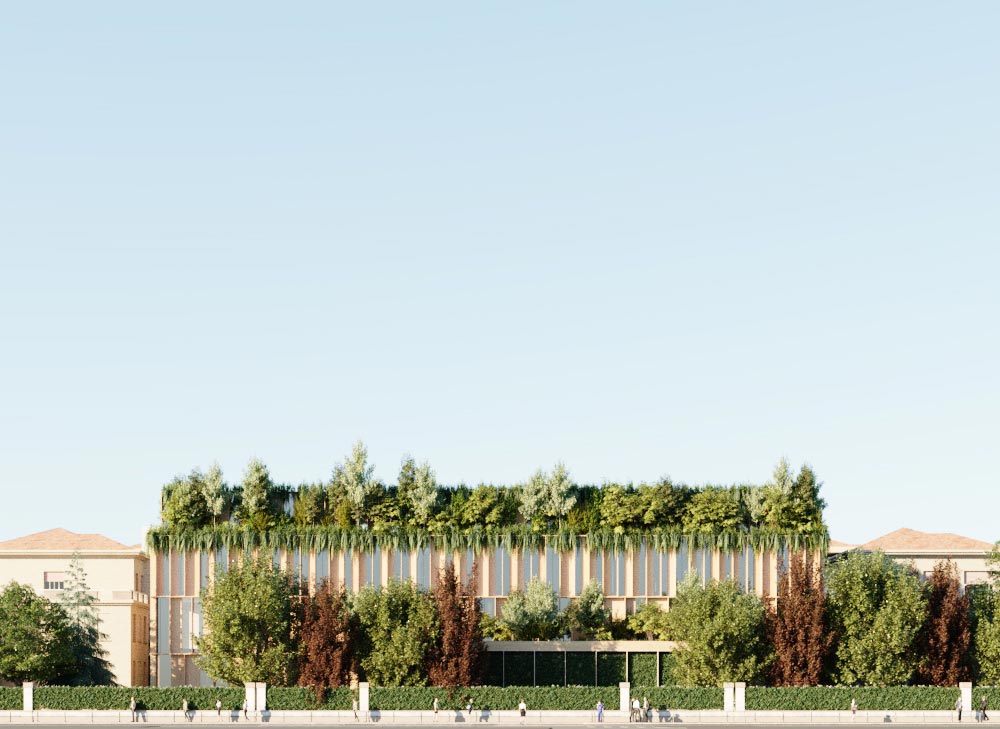 New gynecology and obstetrics center for the S.Orsola hospital in Bologna. The new block is juxtaposed to the historic buildings of the old hospital, inside a beautiful park. The extensive use of wood creates a connection between the building and such park, while also functioning as relaxing element for the patients.